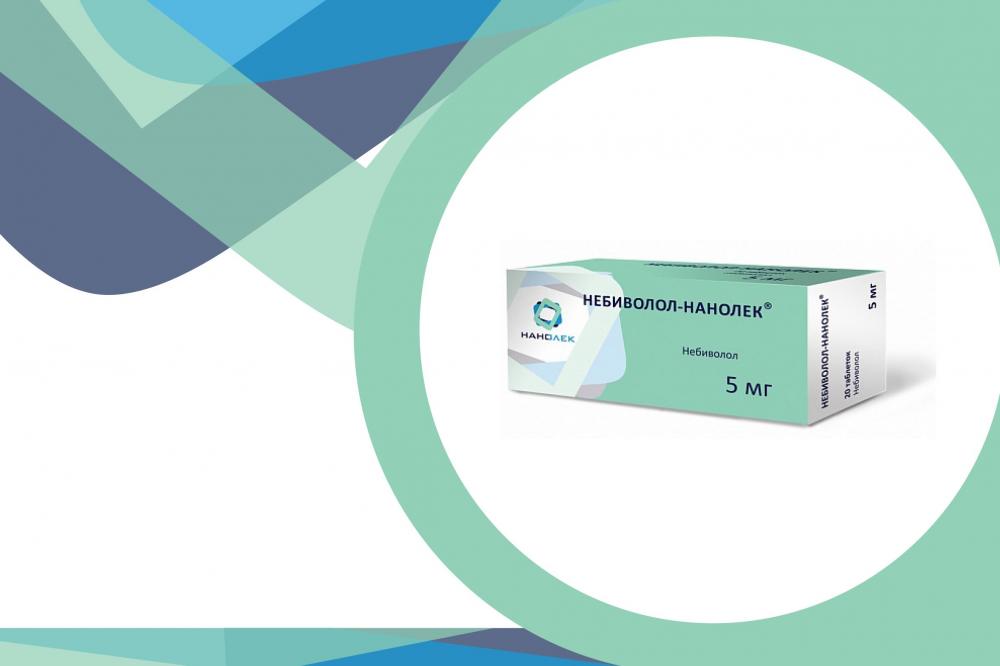 Nanolek donated a medication for the treatment of cardiovascular diseases to the Kirov Centre for Cardiology and Neurology.

The Kirov Regional Clinical Center of Cardiology and Neurology, a municipal state-funded public health institution, is expected to receive 84 thousand packs of Nebivolol NANOLEK® 5 mg No. 30 (INN: Nebivolol) worth 10 million rubles. The drug has already arrived at the warehouses of the Kirov Regional State Unitary Enterprise “Aptechny sklad” .

Nebivolol NANOLEK® is a third-generation cardioselective beta-adrenergic antagonist with vasodilator properties. It is used in arterial hypertension, coronary heart disease, angina of effort.

In Russia, as elsewhere in the world, cardiovascular diseases are still the leading cause of morbidity and mortality, despite medical and preventive measures. According to Rosstat, deaths caused by cardiovascular causes have declined steadily since 2010: in 2017, 862,895, or 587.6 people per 100,000 population died of such diseases vs 1,151,917, or 806.4 people per 100,000 population in 2010. However, cardiovascular diseases (CVDs) are still the leading cause of death in Russia, accounting for almost half (47%) of all deaths.

Patient health and safety is a priority for Nanolek that takes every effort to offer patients only high-quality medicines. Nanolek’s primary mission is to protect lives and health of people by making the world’s best technology available to everyone. The Nanolek’s biopharmaceutical complex is located in the Kirov region, therefore it helps prevent and protect local inhabitants’ health and meet the current demand for medicines. The company has undertaken the obligation to deliver the medicines. Nanolek’s initiatives comply with Article 2 of Federal Law No. 135-FZ of 11 August 1995 “On charitable activity and volunteering” and Article 582 of the Civil Code of the Russian Federation.

The Biopharmaceutical Complex in the Kirov region has been producing Nebivololol-NANOLEK® 5 mg No. 30 since 2015. On average, 80,000 packages are produced per year.

“Beta-blockers are used in many cardiovascular disease treatment regimens. They have proven to reduce statistically CVD mortality rates, especially in older patients, as they target different links in pathogenetic processes. Beta-blockers are the “gold standard” in the treatment of cardiovascular diseases, have proven positive effects on the body and helped to save many lives.”

“Our company’s mission is to save people’s lives and health; something we do not just say, but work every day. Cardiovascular diseases are world’s No. 1 killer. That is why efficient drugs are the first-choise “weapon” in the hands of the Russian doctors who save our fellow citizens every day. By joining our efforts only we would be able to extend life expectancy in the population. We are glad to have the resources to help.”

An elevated blood pressure is the leading global cause of premature death and nearly 10 million deaths and more than 200 million disabilities worldwide.

Source: ” Arterial Hypertension In Adults” Clinical Guidelines. Clinical guideline developed by: All-Russian public organization “Russian Society of Cardiology”. Approved by the Scientific and Practical Council of the Ministry of Health of the Russian Federation.

Coronary heart disease (CHD) is myocardial damage due to impaired supply of blood through the coronary arteries (CAs). CHD occurs as a result of organic (irreversible) and functional (transient) changes.

Coronary heart disease is the leading cause of CVD deaths. The annual CHD mortality rate in Russia is 27%. Importantly, 42% of all CHD deaths account for the working-age population. Patients diagnosed with stable angina are twice as likely to die of CHD as patients living without it. Meanwhile, only 40-50% of all CHD patients are aware of the disease they have and receive appropriate treatment, whereas 50-60% of cases go undiagnosed.

Source: “Stable Coronary Heart Disease” Clinical Guidelines. Clinical guidelines developed by: the Russian Society of Cardiology. Collaborators: National Society for the Study of Atherosclerosis, National Society of Atherothrombosis, Association of Cardiovascular Surgeons of Russia. Approved by the Scientific and Practical Council of the Ministry of Health of the Russian Federation.

Nanolek is a state-of-the-art biopharmaceutical company, a leader in the production of pediatric vaccines in Russia. Vladimir Khristenko and Mikhail Nekrasov founded the company in 2011. The company focuses on the production of import-substituting and innovative drugs, both proprietary and co-developed with international partners. The portfolio includes vaccines, medicines for the treatment of HIV, cancer and orphan diseases.

The First Step of Pentaxim® Vaccine Delivery Under a 2-year Contract Successfully Completed: a New Era in Fighting Against Dangerous Infections
NANOLEK - a participant of the Summit of Chief Financial Officers of Russia
Experts in Kirov sum up the results of work and prospects for the development of biopharmaceutical and biotechnological industries in the Kirov region
All news

1. In this section of the site, Nanolek LLC provides information on prescription drugs, methods of application, composition, properties, and possible contraindications. This information is intended for medical and healthcare professionals (employees with specialized secondary or higher medical education).

2. If you do not work in medicine or healthcare and accept this agreement in breach of these terms, Nanolek LLC bears no liability for the consequences that might result from you using the information received from this site. You alone shall be responsible for using the information on prescription drugs you find on the pages of this site, since use of these drugs is permissible only after consultation with a doctor.

3. None of the information about prescription drugs provided by Nanolek LLC is intended to be a guide or recommendation for self-treatment, but rather is intended for informational purposes only. In the event of independent administration of the prescription drugs without a medical prescription or prior consultation with a medical professional, Nanolek LLC denies all responsibility for any harm that may be caused to your health or the health of third parties.